Today, I am suspending my campaign as a candidate for Congress against Chris Collins.

Humbly and with gratitude, I want to thank my family, friends, and everyone who supported me. The lessons, conversations, and kindness seen through traveling to each corner of our beautiful patch of New York are experiences that I will cherish.

I am proud to have grown up here and proud to be a Western New Yorker.

Eight months ago, I announced my candidacy to represent our community in Congress. Standing for issues that put people first has always been the heart and soul of my campaign; healthcare for a healthier society, good education for our children’s future, job creation by investing in rural infrastructure and a renewable economy. Growing up in Western New York, learning from this great country, and seeing our communities for what they could be, there is a need to push for a new direction with fresh ideas. I ran for Congress out of an obligation to give back to a community that gave me so much. I have been the beneficiary of some of the hardest working people in Western New York and thank them for the time and effort they put into this campaign. My family, friends and everyone who supported me have shown me, once again, that we live in a unique place. Having traveled throughout our rural towns to meet with farmers, veterans and small business owners, I am reminded that we live in a place where it does not matter where you have been, what you look like, or how much money you make. It only matters that the contents of your character are pure and that you long for a future where our children are better
off than we are.

After careful consideration and with a heavy heart, I am suspending my campaign for Congress. I’m proud of the campaign I ran and proud of my team. I will take the lessons learned and the warmth from our neighbors who yearn for a better tomorrow, to continue fighting to make our community better. As always, I encourage every decision you make to have people at the heart of it, along with humility, compassion and kindness. The people of Western New York deserve that in their representative.

I want to remind everyone, Republican or Democrat, of the strength that you hold in your hands. Your vote won’t just affect change for two years, but it will be a symbol of hope for generations to come. The promise of America is not only that your vote will count, but also that it will mean something. It assures you that we are a part of something bigger than right now. Our decision at the ballot box will be judged in the history books, and our children and grandchildren count on us to give them a better future than we could ever imagine. May God bless the United States of America.

It was December 2016 and my father was released from the hospital for the fourth time that year. I didn’t know if my dad had two weeks or 10 years left on his heart. Fortunately, my career allowed me to move back home to be with my father and to help run our family business, the Genesee Country Inn Bed and Breakfast. 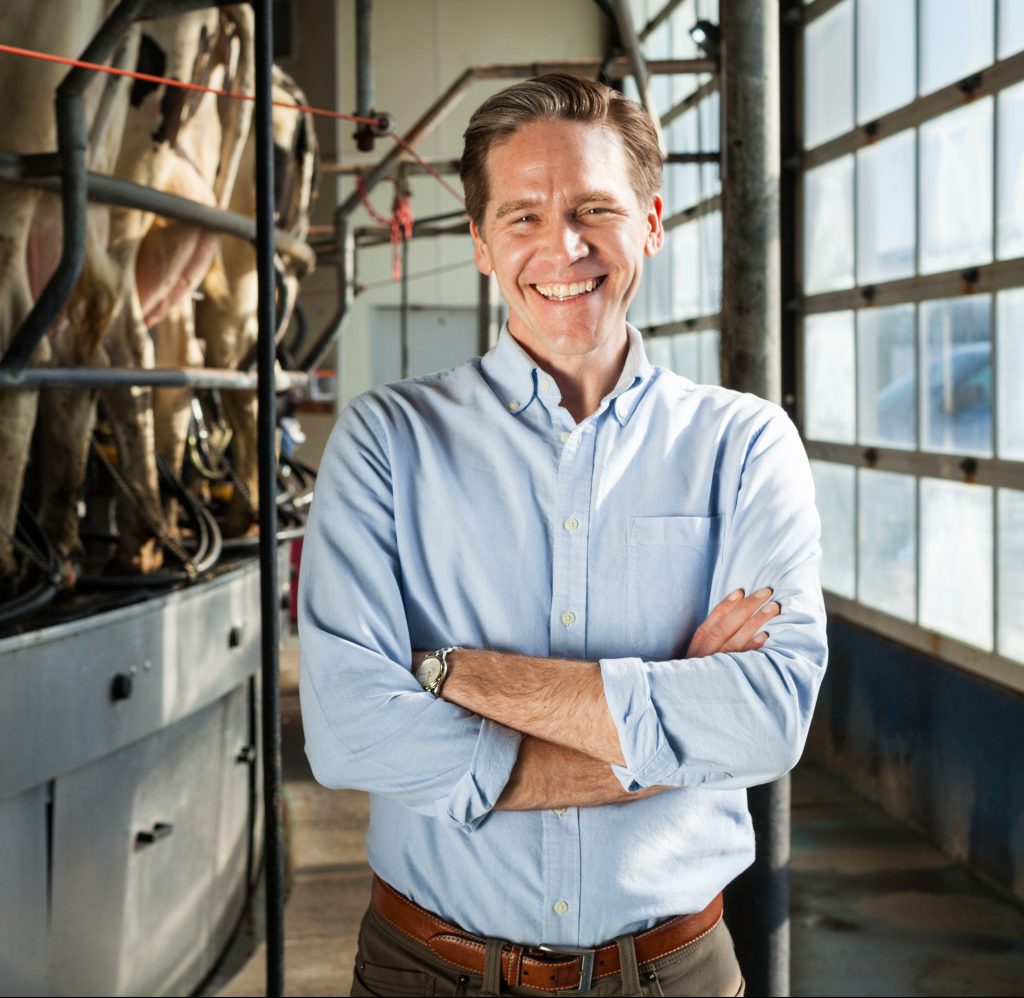 I was born and raised in rural Western NY. Early in my professional development, my career took me away from my hometown to places all over our great country, like Florida, Arkansas, and California. There, I gained business and leadership skills that allowed me to create businesses and organizations that helped add value in my community. When I decided to return home, not only did I see the economic struggles that originally pushed me away from Western New York but also the corrupt leadership that has been systemic in this area. My family, friends, and neighbors all deserve much better and this is why I’m running for congress.

Located between Buffalo and Rochester, the 27th Congressional District of New York like so many around the country was drawn up in such a way to guarantee Republican Party dominance and that its constituents could be taken for granted to support the ambitions of party bosses in Washington, often at the expense of the community. Our two previous Republican Congressmen were forced out of office by scandal, and now a third, Chris Collins, is presently under investigation by the House Ethics Committee for possible insider trading and conflict of interest violations.

Known nationally for being the very first member of the House of Representatives to endorse (February 24th, 2016) the candidacy of Donald Trump, Rep. Collins would later vote to spitefully destroy the Affordable Care Act to prove his partisan loyalties despite how it would have devastated our rural hospitals and leave tens of thousands of his constituents without health insurance in this economically depressed area. Simply put, corporate health insurance policies do not grow on trees in rural agricultural districts. The ACA at first, because of partisan disinformation, manipulation, and fear mongering was an unwelcome and under -appreciated Godsend to our community, but people are starting to see things differently now. For example, in 2011 when the Republican candidate Jane Corwin spoke glowingly of Paul Ryan’s ideas about cutting Medicare during a special election (we were the 26th District at the time) to replace the scandal- plagued Chris Lee, Kathy Hochul suddenly became the first Democrat to be elected in a generation, and only lost her reelection by 5,001 votes.

Rep. Chris Collins is also famous for candidly confessing to reporters, without a wisp of self-awareness, that he felt an urgency to vote for and pass the GOP tax bill (the “Tax Cuts and Jobs Act”) because his donors told him to pass it or “don’t ever call again.” And he did so despite that the tax bill unjustly targeted states like New York for higher taxes. I would love to ask Chris, ‘since when is paying new taxes on taxes less taxes?’ But Rep. Collins enthusiastically cared much more about giving President Trump a ‘win’ than he did his constituents while forcing us to yet again subsidize debtor states whom unlike us will continue to receive much, much more money from the federal government than they contribute. But, of course, Rep. Collins’ donors have been well taken care of.

I am running to take back our future and end the crony-capitalism that epitomizes Chris Collins and his donors he claims to represent. As a candidate who lives in rural America, I only want to represent the best interests of the 27th District as a whole. I am a fiscally responsible rural progressive with an economic agenda and a heart to match. Here are some of the campaign issues I am running on:

1. Economic Security with fair economic development and enforcement of our antitrust laws to fix our broken economy.

2. Healthcare for All, single payer-system, which is fiscally responsible and morally correct.

3. Debt-Free College and Trade School so our citizens can meet the job demands of tomorrow.

5. Conserving and investing in our Environment by transitioning into a 100% renewable economy, which equals jobs.

People are fed up and ready to listen. If I can get my message out of “Putting People First”, I will win. Resources are limited for a candidate running as a “Rural Progressive Democrat” in the NY-27th. If you’re looking to adopt a district that can be flipped, please know that we are worthy.